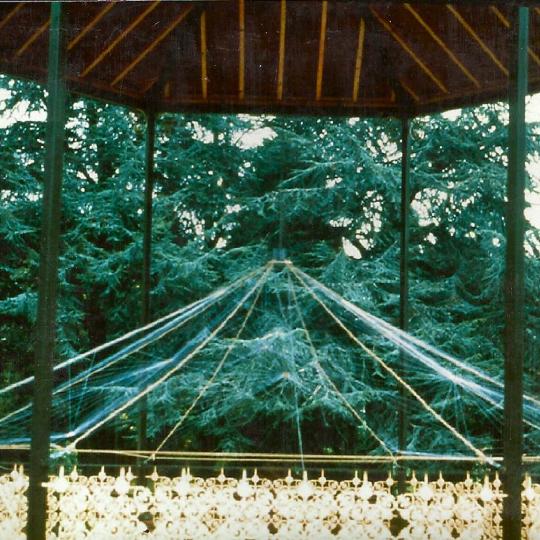 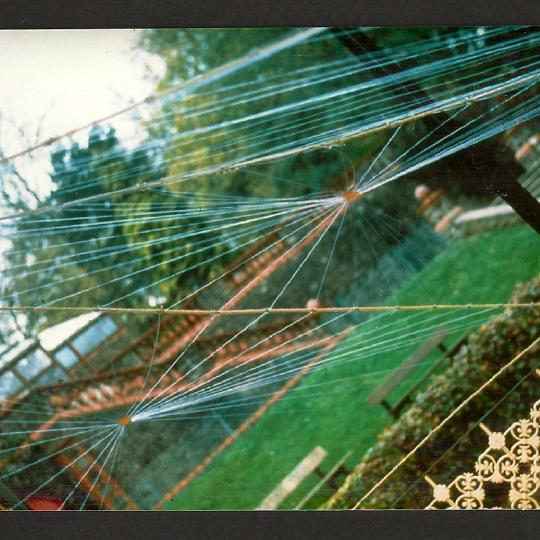 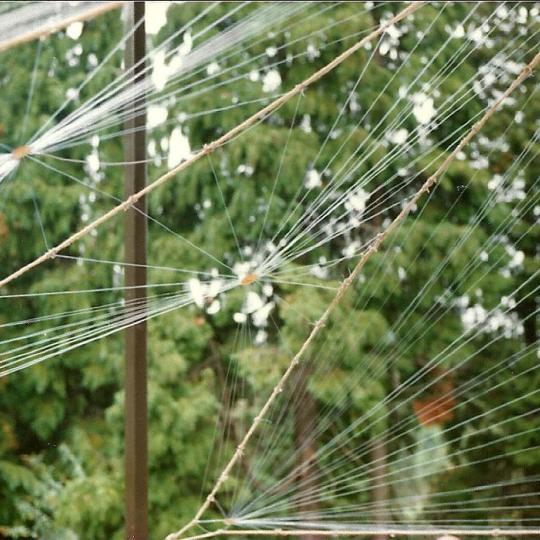 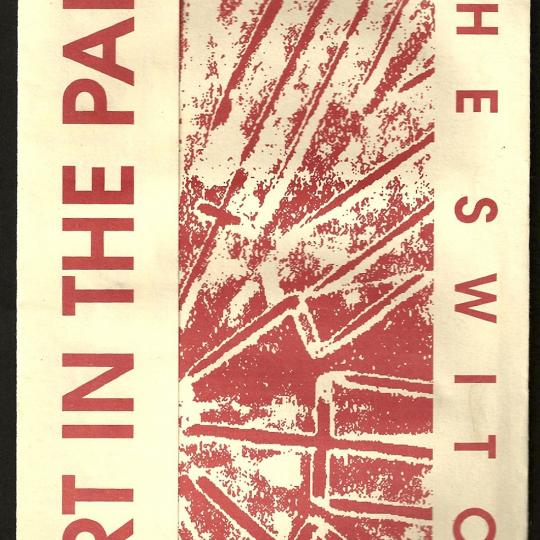 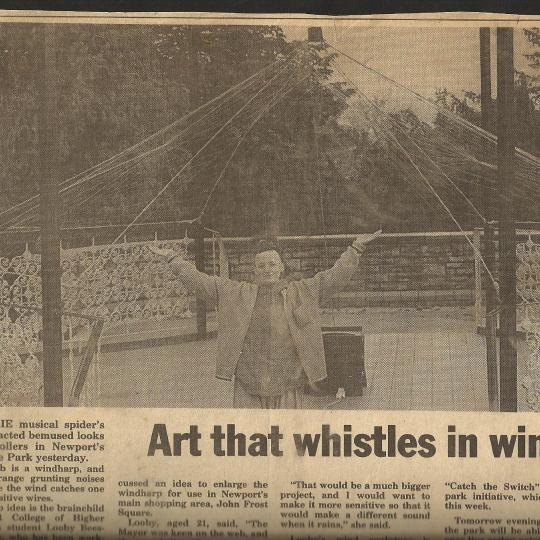 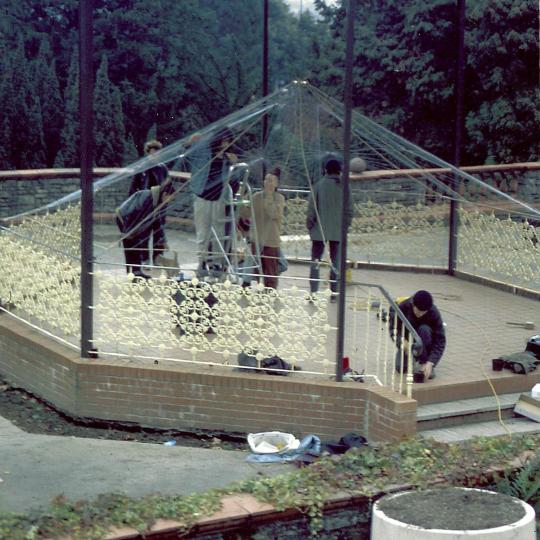 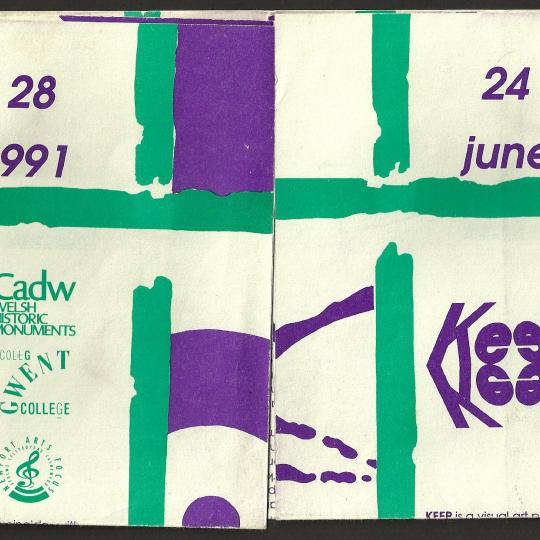 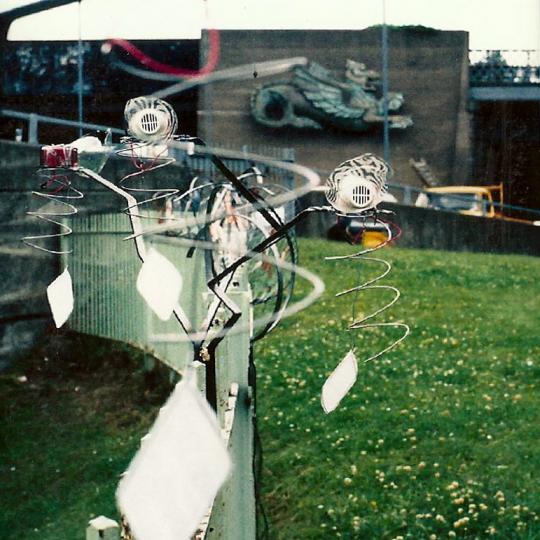 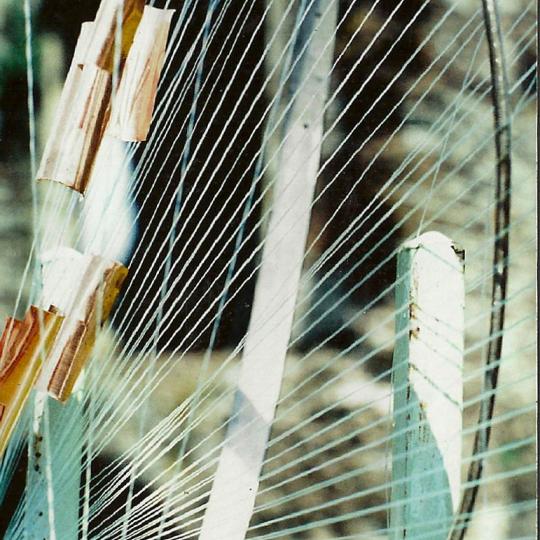 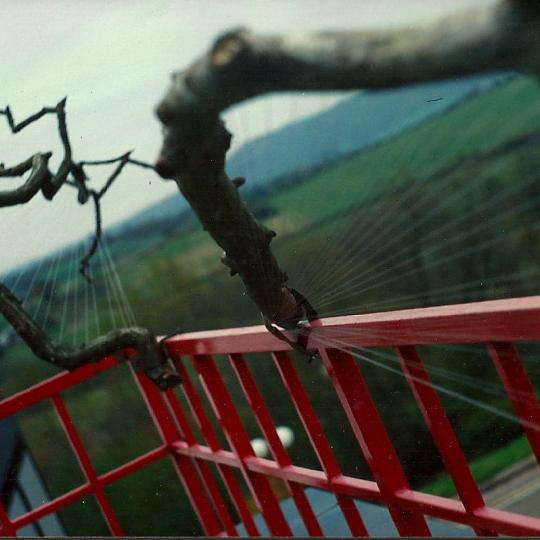 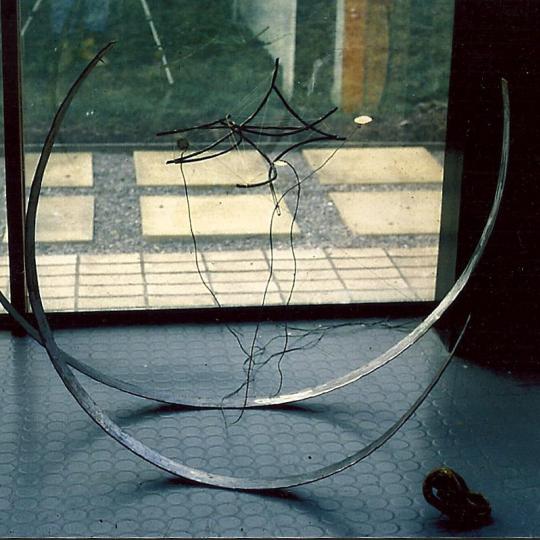 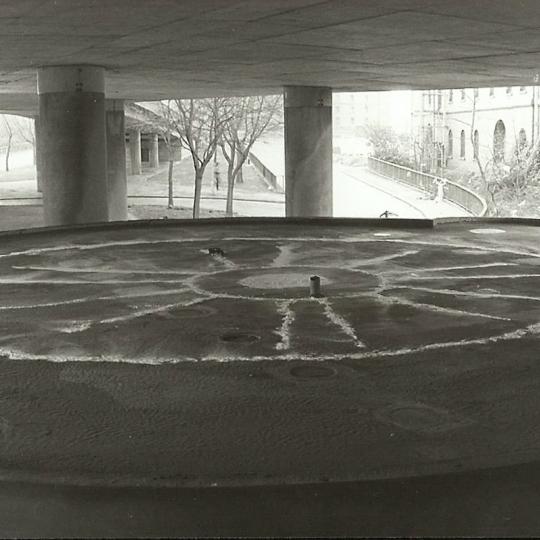 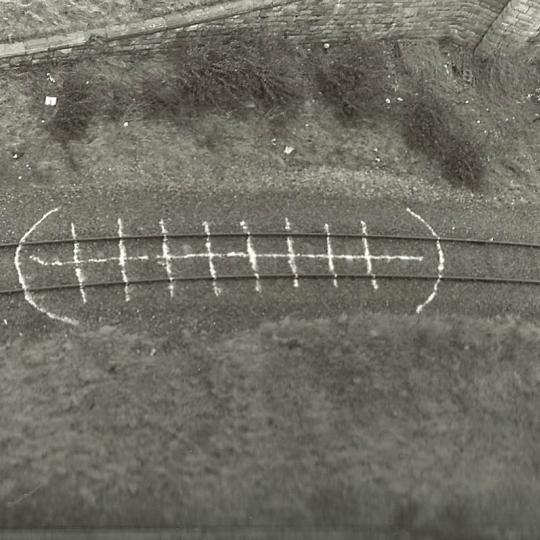 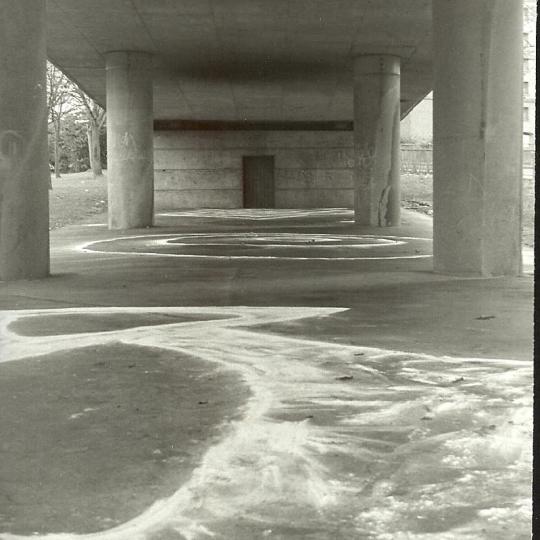 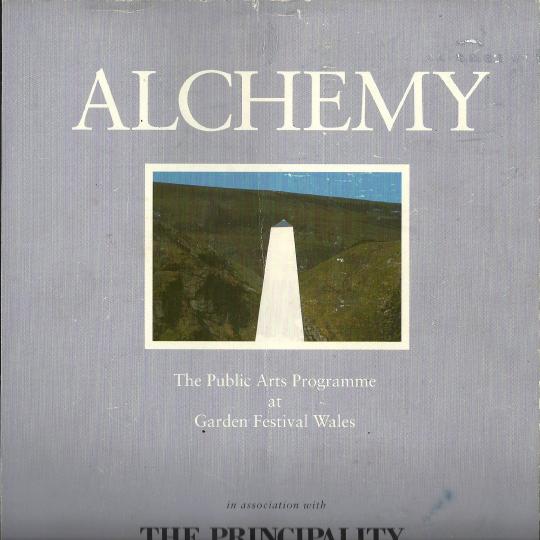 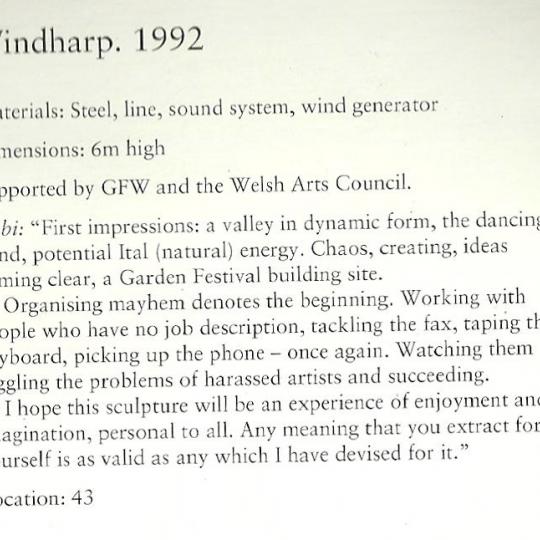 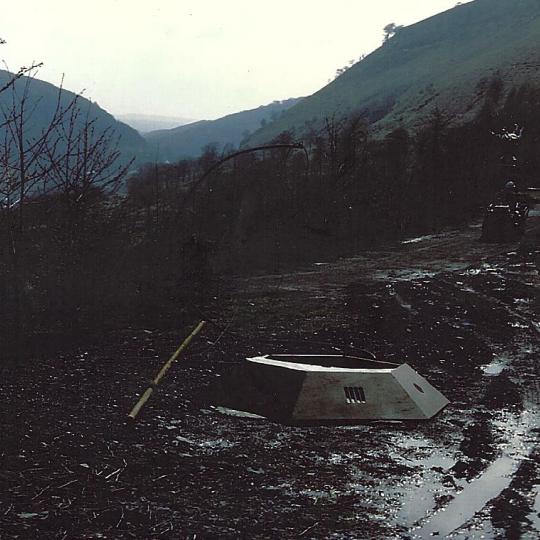 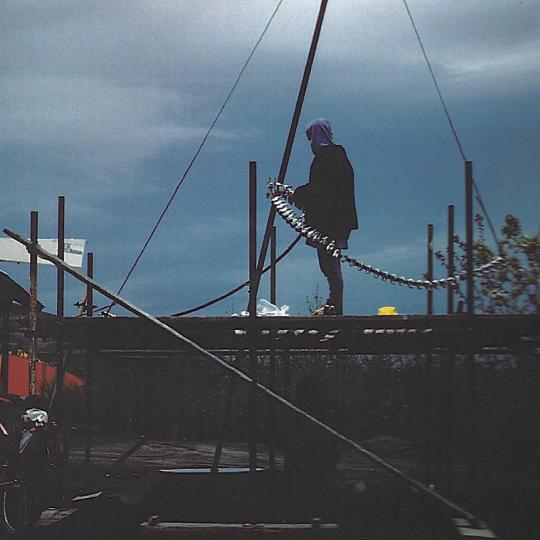 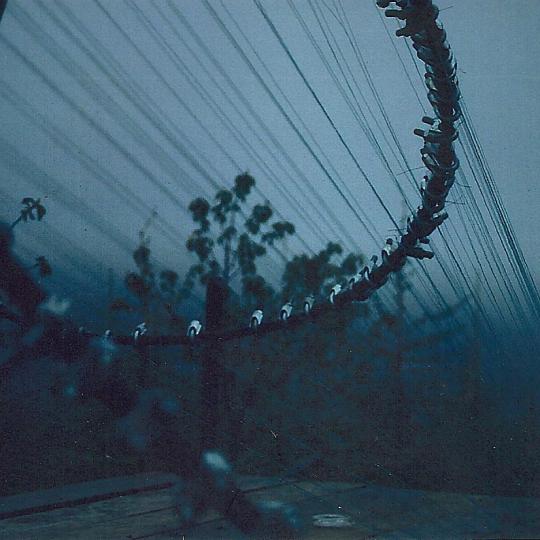 Art in the Park - Catch the Switch was a public art project of changing artworks in the local park. Each work was on display for 48hrs and then changed to another one. I both co-curated and participated in the project. Bandstand Harp was created in response to the site - as a place of music, with the final tonal qualities being dictated by the scale, shape and subsequent void of the Bandstand structure.

KEEP was a public art 4-day event presented in the grounds of Newport Castle. I both co-curated and participated in the project. Fence Keeper critiqued the idea of a castle that was now guarded by a municipal fence. One that was easily breach and seemed to disempower the castle of its role to defender and keep safe those within its walls. Notable a few years later, as part of Newport gentrification, the fence was removed and the grounds re-opened to the public.

Studio practice - during degree at Newport College of Art - sound works - Sound in void, 1990 and Strung,1991.

The Dust echo series was a series of large-scale temporary works that marked the land. Reflecting the structural shapes already in place whilst overlaying these contemporary structures and landscapes with ancient symbols from the Neolithic site Sí an Bhrú, Ireland (3200BC). Sí an Bhrú is a Neolithic structure that continues to be aligned with the annual rising winter solstice sun. The suns floods through a small aperture lighting up the internal chamber.

Windharp – the spiral form and scale where developed after a number of sites visits, with both being in response to key features of the landscape and overall scale of the site. This was my first large-scale - in the landscape commission.

“any meaning that you extract for yourself is as valid as any which I have devised” is a statement and sentiment that has continued to echo through out current practice.

Outcomes from the public art elective which I tutored at ECAT.